What Can I Do to Ensure That I Have Sufficient Documentation for My Personal Injury Claim? 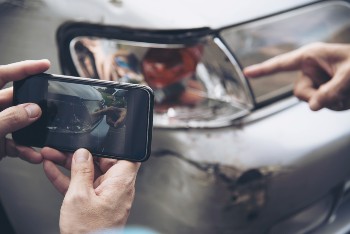 Not knowing what is considered sufficient documentation of an injury from an car accident is a common point of concern for many of our personal injury attorney's clients. The most important thing to know is that this documentation or evidence doesn't only include photos of the wreck or injury. The four most suggested forms of documentation that will suffice during a personal injury case are as follows:

After a car crash or trucking accident, your first thought is likely not to take photos of everything. In fact, you probably aren't thinking about much at all, given the shock of the event. Ideally, once everything settles, you will gain the presence of mind to begin documenting and keeping track of the above mentioned four types of evidence you can collect. This will certainly help your claim as your personal injury lawyer can review everything while building out the case. However, even if you do not have this evidence, contacting a lawyer is an important step in fighting for compensation for your damages.

At Brooks & Crowley LLP, our personal injury team is ready to assist you. Whether you've been hit by a truck, collided with a car, struck by a motorcycle or been involved in any other form of serious accident, our injury lawyers are here. We have offices throughout Eastern Massachusetts in Dedham, Boston and Norwell.